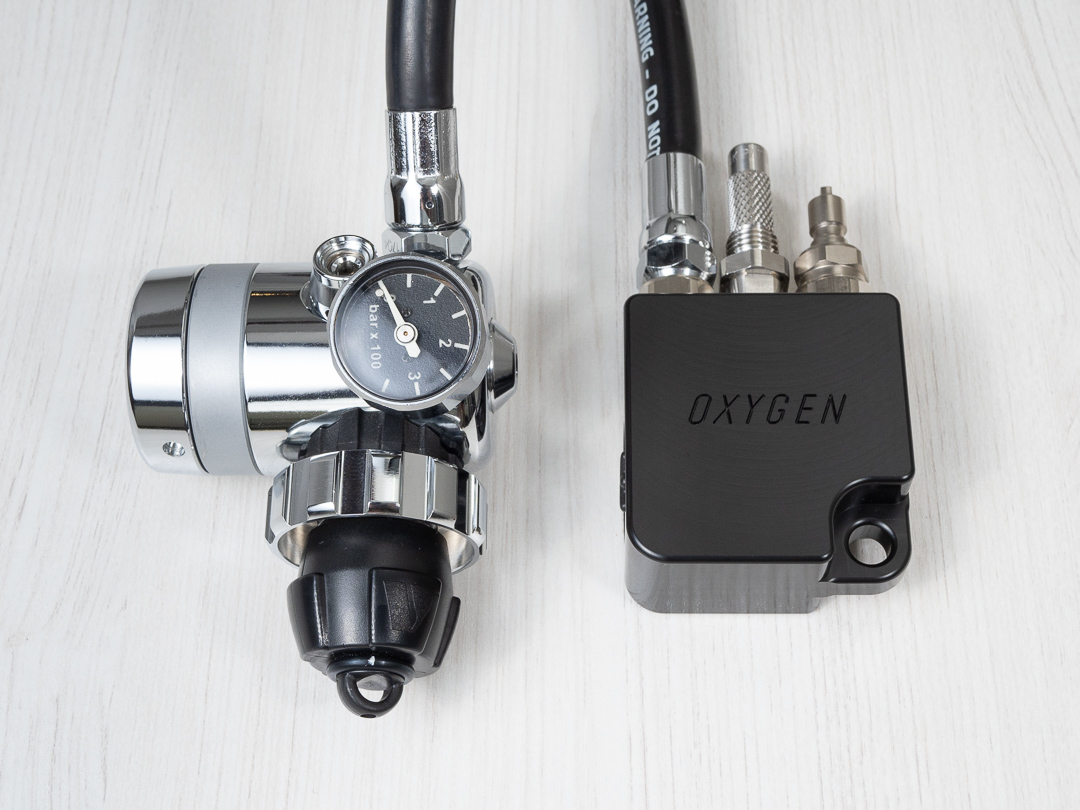 The heart of any rebreather is its oxygen addition system. CCRs are broadly categorized as either electronic (eCCR) or mechanical (mCCR), which refers to how they add oxygen. While FATHOM designer, Charlie Roberson, had done demanding dives on an eCCR, there were several aspects that troubled him, not to mention the fact that he had seen a lot of divers missing dives due to faulty electronics. Arguably, the safest way to dive an eCCR is manually with the solenoid set at a low set-point. In this mode, the diver manually adds oxygen to maintain a desired setpoint and the solenoid only fires if the diver fails to do so. This method is a lot of work and can add task-loading to an already complex dive. The other option is to allow the solenoid to do the work while the diver simply monitors the system. This method can lead to complacency as the diver comes to rely on the reliability of the electronics. Charlie believed that there had to be a better way.

Smaller fixed-orifices can also be used for deeper depths with higher intermediate pressures but the risk of a blockage is increased and the options are limited by orifice availability. A fixed-orifice requires that the first stage intermediate pressure be adjusted to achieve a flow rate that corresponds to the diver’s metabolic needs, typically around 0.6 to 0.8 L/min. Conversely, the needle valve allows the first-stage intermediate pressure to be set to any pressure since the needle valve handles the flow adjustments. More importantly, the needle valve minimizes the risk of a blockage from debris since it can be opened up to allow small particles to pass. The oxygen MAV, which contains the needle-valve, is ported directly into the exhaust side of the head so oxygen must travel through the scrubber and mix with loop gas before reaching the diver.