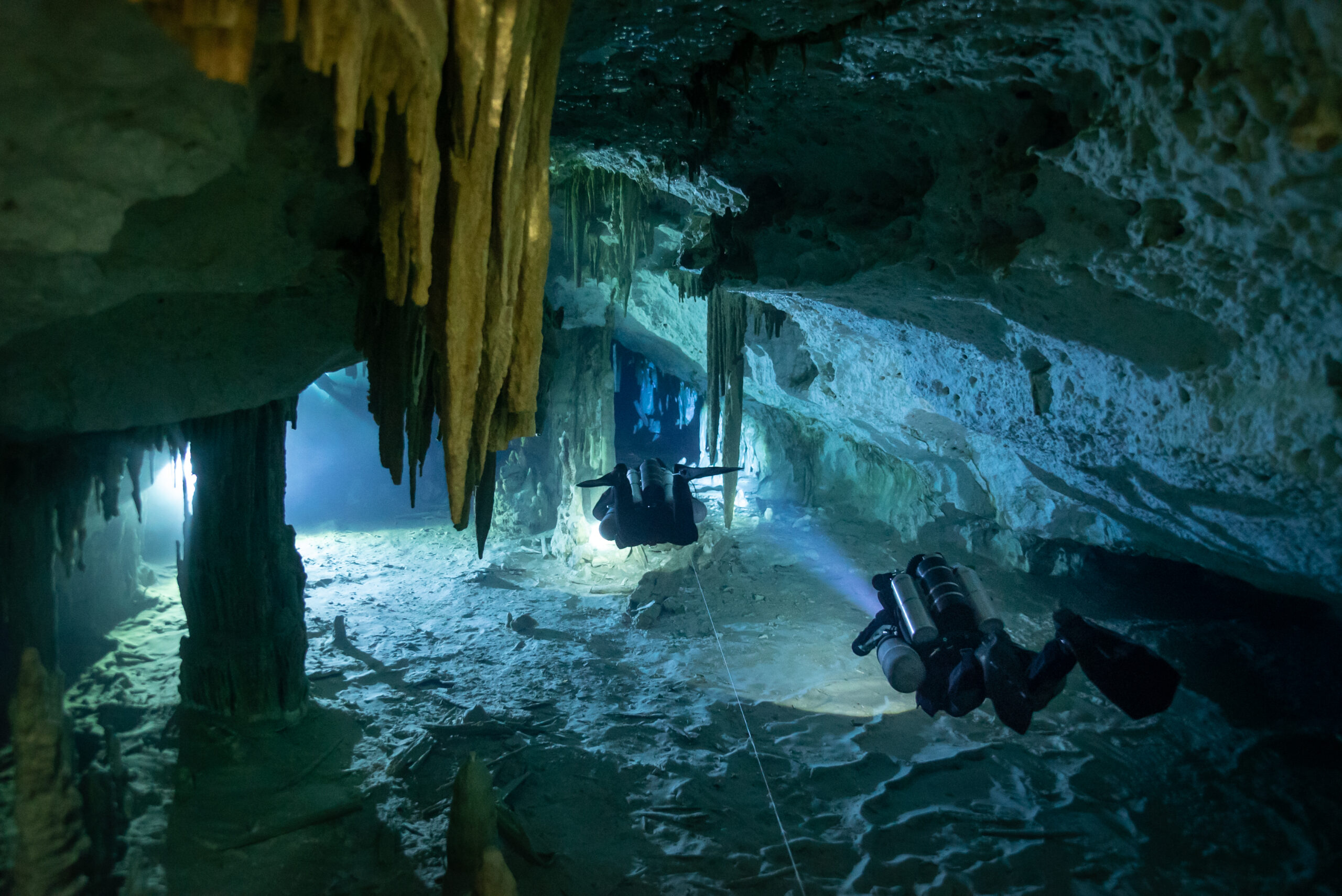 Dr. Andrew Pitkin learned to dive in 1992 in the cold murky waters of the United Kingdom and started cave and technical diving in 1994. His first exposure to exploration was in 1995 when he was one of a team of divers who were the first to reach the bottom of the Great Blue Hole of Belize at 408 fsw (123 msw). Subsequently he has been involved in numerous cave exploration projects in Belize, Mexico, and the USA.

From 1996-2000 he was employed at the Royal Navy’s Institute of Naval Medicine, running a hyperbaric facility, treating decompression illness, participating in research into outcome after decompression illness, submarine escape and testing of new military underwater breathing systems. He is one of a handful of civilians to be trained by the Royal Navy as a diving medical officer. He is currently on the faculty of the University of Florida College of Medicine in the Department of Anesthesiology. His professional interests include pediatric cardiac anesthesia and medical education.

In his spare time, he likes to explore and shoot video in underwater caves. He is a director of Karst Underwater Research, a non-profit based in Florida which has been involved in exploring and mapping some of the deepest and most extensive underwater cave systems in the USA since 1996.

Brett B Hemphill is the President of Karst Underwater Research (KUR), which holds multiple permits with the State of Florida for cave exploration and documentation.

Brett speaks regularly on aquifer and cave conservation, exploration logistics including application and safety for overhead environment equipment usage. He also consults and designs underwater cave equipment such as side-mount BCD and CCR configurations for exploration use.

Charlie Roberson is a former attorney who lives and works in Gainesville, Florida.  Charlie is the founder and chief designer for FATHOM Dive Systems, LLC.

Charlie learned to dive in 1991 while serving in the US Navy and spent the next two years diving the deep wrecks and walls of the Western Pacific.  After returning to the states, Charlie moved to Gainesville to attend the University of Florida and take up cave diving. Years later, he is still cave diving and currently holds the world record for penetration in an underwater cave at 8,208 m / 26,930 ft.

Charlie is a Director of Karst Underwater Research (KUR) and has participated in numerous KUR exploration and survey projects. Most recently, he has traveled to Mexico for expedition caving projects with Beyond the Sump and Palau for work as a DPAA Recovery Diver. Charlie previously served as the Preserve Manager for the National Speleological Society’s Mill Creek Sink Preserve and as the Diving Coordinator for Florida Speleological Researchers’ Diepolder cave system.