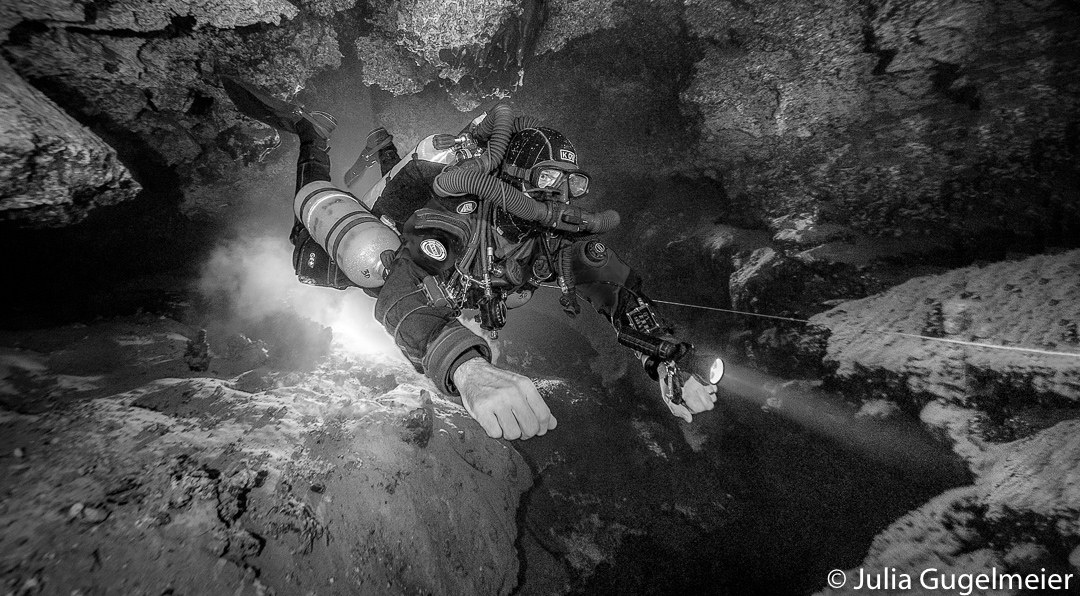 This document was last updated on November 19th, 2022

The FATHOM Mk III CCR is designed to be the simplest and most intuitive closed-circuit rebreather for underwater exploration. Several years ago, as their dives became increasingly deeper and longer duration, Karst Underwater Research (KUR) divers recognized the need for a new closed-circuit rebreather (CCR) with excellent work-of-breathing and long scrubber duration that would stand up to the rigors of cave exploration. The short list of desired features included:

Unable to find an existing unit that met these requirements, KUR diver Charlie Roberson started to design what would eventually become the FATHOM CCR. There are no easy decisions when it comes to rebreather design and every choice, every dimension, every o-ring, was debated endlessly with fellow KUR divers.  Ultimately, the final decisions were Charlie’s and his background as a machinist in the US Navy and Hogarthian/DIR cave diver guided him towards simplicity and functionality. The result of these efforts was the FATHOM CCR. Refinements to the original design continue and the FATHOM Mk III CCR is the latest version.